TV Series to Binge-Watch on Your Girls Night In 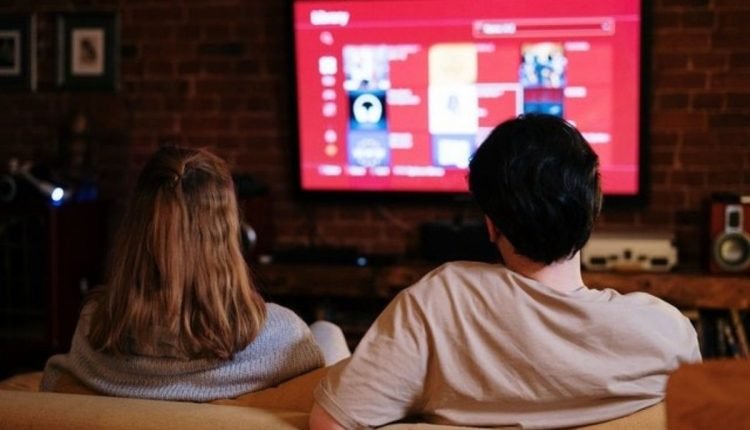 What to watch is often the most difficult decision to make when you are planning a girls’ night with your girlfriends. Well, there are several binge-worthy girly TV shows that can be streamed on your girls’ night in. The TV shows that we will be discussing below are for all kinds of references. If you are a history lover, feminist, travel lover, romantic, teenager dealing with the teenage angst, or someone simply dealing with work stress, you will love these TV shows. So, read along and decide which one suits your type and preference for your girls’ night.

Bridgerton is a TV show that you should watch if you like TV shows set in old times, representing the old cultures. Well, Bridgerton is a TV show that is set in the Regency Era England, and revolves around the powerful Bridgerton family and the eight siblings trying to find love, each in his/her own way. The first season revolves around the eldest sister Daphne and Simon’s relationship, the two brother’s keeping up with society’s expectations of them, and Eloise trying to find out who Lady Whistledown is. The show is perfect if you are a bunch of girls staying the night and looking for a romantic show to watch. It represents the typical Regency era and the idea of marriage and chastity back then.

Euphoria is a TV show that is super relatable for the generation Z girls. The show is incredibly realistic and speaks the truth about the youth of today. The show revolves around a bunch of high school kids struggling with drugs, love, money, social media, and their sexuality as they come of age while navigating their identity. So, if you are a bunch of young girls wanting to watch a TV show that you can relate with, you will love Euphoria for its realism. If you want to watch this TV show on TV, you can get Spectrum TV. Spectrum Silver Channels come with a great channel lineup suitable for all kinds of preferences, and is super affordable.

Fleabag is a British comedy-drama TV series that revolves around Fleabag who is a woman with no filters, as she is grief riddled due to a past tragedy. Fleabag is struggling as she tries to navigate life and love, living in London. She typically rejects all help that comes her way. Fleabag is one of the most original storylines and discusses serious issues in a very comical way. So, if you are a bunch of girls struggling with work and life, you will love this TV show as it is well scripted, super entertaining, and teaches you a lot.

Alias Grace is a TV show for literature lovers and feminists who like period dramas. Alias Grace revolves around the Irish immigrant Grace, who moves to Canada. Grace is convicted of murder of her employer and a psychiatrist figures if she should be pardoned due to her insanity or not. The period drama is super interesting and is a beautiful take on Margaret Atwood’s award winning novel. It is a rather serious watch, but you will love it if you like adaptations literary classics.

Emily is Paris is a TV show you should watch if you are in for a girl’s fun night with your work besties. Emily Cooper is a Chicago marketing executive who is sent to a marketing firm in Paris to provide an American perspective. The story revolves around Emily’s time in Paris and how she navigates through life in Paris beautifully. Travel, fashion, comedy, romance are all in this one TV show. It will give you great outfit and life and in Paris ideas.

The Handmaid’s Tale is a serious watch and another Margaret Atwood classic that revolves around the dystopia of a place called Gilead. Gilead is a totalitarian society in US ruled by a fundamentalist regime where women are treated as property of the state. Following the Second American civil war, the story revolves around the women called ‘handmaids’ who are child-bearing slaves. As world infertility has led to enslavement of fertile women, the women are assigned to homes of the ruling elite, where they must submit to ritualized rape by the masters in the presence of their wives. They are identified by the name of their master, and when they have given their master a child, the name is taken away, and they are sent elsewhere. In such a society, June is a girl who had to flee Gilead but was caught and forced into being a handmaid. She struggles with wanting to reunite with her daughter who is being raised by an upper-class family, and her husband who fled to Canada. The story is depressing, but a must watch if you are a feminist and want to learn more about the history of sexism and gender related oppression.

Pretty Little Liars is a TV show based on teenage drama about a bunch of girls who are being threatened. The four estranged friends Aria, Hanna, Spencer, and Emily are high school girls being threatened regarding their deepest darkest secrets by a person whose identity is unknown. They are told to do weird and dangerous things which puts their friendships, relationships, and their own life at stake at times. Almost everyone is being threatened by ‘A’ and no one knows who it is. The show is mysterious and is typical girly TV show that you can binge on, on your girls’ night in.

Jane Villanueva is a girl who wanted to stay chaste and save her virginity until marriage but one day due to a medical slip-up Jane’s life turns upside down. She finds out that she has been artificially impregnated, and finds it a greater shock that the father is her boss, and her former crush. As young girls the show teaches you a lot of things and is full of entertainment as well as lessons, making it a perfect binge worthy show for your girl’s night.

Well, the TV shows discussed above are the perfect TV shows for different types of preferences and you we are sure have figured which one suits your girl gang the most.

ERP Software ForFlavours And Fragrances Industry You Must Know