Top 3 Lawyers You Need To Know About 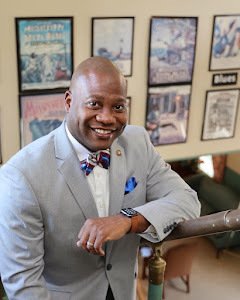 In terms of career and meeting people, the law is a very wonderful job. Your case will involve high-profile clients at times, and you will learn what ‘true success’ looks like. If you want to follow in the footsteps of some exceptional attorneys, the ones listed below are undertaking ground-breaking work and reshaping success via their job. Follow their path as an inspiration to quickly make it to the top three list.

Vernon Jordan is a civil rights lawyer and the senior managing director of the investment banking business Lazard Freres & Co. He began by earning a university degree in political science and then followed his enthusiasm into the sector. Over the years, he has handled numerous high-profile cases and accomplished a lot, including playing a key part in winning a discrimination lawsuit against the University of Georgia and receiving the NAACP’s Spingarn Medal. His clientele is elegant and rich, and includes US President Bill Clinton.

Booth began her career as a law student at the London School of Economics, passing the bar in 1976 while teaching at the University of Westminster. She now manages her own worldwide business, Omnia Strategy, where she practices law and provides legal advice. Her most notable accomplishments include establishing a legal practice for Matrix Chambers, which broke down boundaries between suppliers of legal services and establishing the Cherie Blair Foundation for Women, through which she assists women entrepreneurs throughout the world.

Simmons has a diverse professional background that includes work as a lawyer, policymaker, politician, and successful senator. He is a former municipal court judge, adjunct college professor, and Mississippi State Senator. Simmons owns Simmons & Simmons, PLLC, Attorneys at Law in Greenville, Mississippi (www.simmonspllc.com), which specializes in personal injury, juvenile justice, and criminal defense. He is licensed to practice law in Mississippi and the District of Columbia and consequently oversees Simmons & Simmons, PLLC’s criminal defense section.He was nationally recognized as Legislator of the Year by The National Black Caucus of State Legislators (NBCSL), at its annual convention in Las Vegas.

Over the years, Simmons has received local and international recognition in the form of awards and titles such as “Nation’s Best Advocates: Top 40 Lawyers Under 40” from The National Bar Association and IMPACT for achieving prominence and distinction in the African-American legal community, both professionally and philanthropically. In addition, he has handled matters including personal injury, business law, family law, juvenile justice, and criminal defense, earning him national notoriety in 2012.

You’re all ready to start your career as a brilliant lawyer now that you know what it takes. One thing to remember is that you can obtain all of the aforementioned titles and honors with enough hard work and dedication. Become the next person to make the list and have a significant impact on the community.

“A lawyer’s either a social engineer or . . . a parasite on society . . . A social engineer [is] a highly skilled, perceptive, sensitive lawyer who [understands] the Constitution of the United States and [knows] how to explore its uses in the solving of problems of local communities and in bettering conditions of the underprivileged citizens.”

Top 5 most motivational leaders to look forward to in 2023

A brief discussion of THE VIOLENCE AGAINST WOMEN ACT (VAWA)

Top Attributes of a Good Lawyer