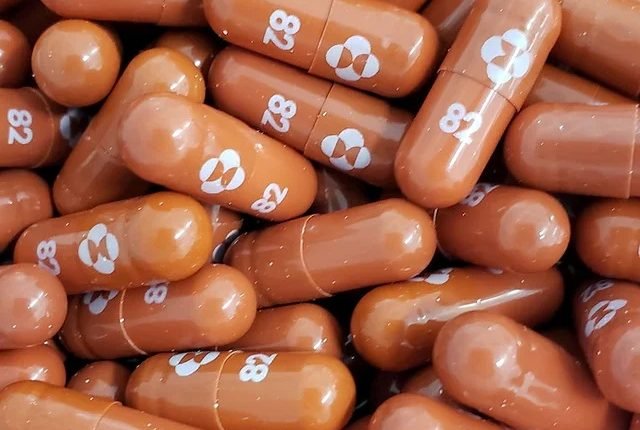 If a very simple diet pill can cure covid, how? Mark & ​​Pfizer, a US pharmaceutical company, has found encouraging results in its use of oral pills to treat the disease. In addition, an anti-depressant drug has also shown good results in the treatment of covid.

The news agency AFP said the pill could open a new chapter in the fight against the epidemic.

What kind of treatment is it?

As soon as the symptoms of Covid-19 appear, you have to start taking this oral pill. It is possible to avoid serious illness and hospitalization. The world has been waiting for such drugs since the beginning of the Corona epidemic. After months of research, Mark and Pfizer have reached the desired goal.

In early October, Mark’s authorities said they had sought approval from the US Drug Administration to use a pill named Malnupiravi for the treatment of corona. And last Friday, Pfizer mentioned seeking approval. Because the pills from these two companies are anti-viral or anti-virus, they can reduce the risk of virus-like infections. This slows down the spread of the disease. Both companies have claimed to have very good results in clinical trials. This has greatly reduced the risk of hospitalization.
The study found that Mark conducted a study on 85 patients to verify the efficacy of Malnupiravir. It found that only 7.3 percent of the patients who had been treated had had to be hospitalized.

And no patient who took it died. Pfizer, meanwhile, claims that those who take Paxlovid pills have a 90 percent reduced risk of hospitalization. However, it would not be right to compare Mark and Pfizer pills directly. Because, the rules of clinical trials of the two companies were different.

Meanwhile, researchers have claimed that the use of anti-depressant drugs called fluvoxamine in the market has yielded promising results in the treatment of covid patients. In October, Brazilian researchers published an article in the journal Lancet Global Health.

Why is it important to take oral pills?

If oral pills can be effective in preventing covidosis, it can be an important step in controlling the epidemic. In addition to vaccines, oral pills will be used as an important therapy to prevent coronavirus infection. Most of the treatments currently available for corona are in the form of synthetic antibodies. However, such antibody treatment is only applied to critically ill people. And doctors can advise to take oral pills easily at home.

The pills made by Mark and Pfizer have so far shown no serious side effects. The patient has to take 10 pills in five days.

“The success of this drug will usher in a new era in preventing the serious consequences of SARS cov-2 infection,” said British virologist Stephen Griffin.
What are the limitations?

Mark and Pfizer have so far only issued statements on the effectiveness of the pill. Their clinical trial information has not yet come to light. So it is difficult to evaluate the treatment with their pills right now.

Karin Lacombe, a French infectious disease specialist, warned last September that the announcement of such an institution should be taken with caution until the research is evaluated. Such treatments create potential markets for pharmaceutical groups.

However, in the case of Mark and Pfizer, some information does not seem to be just a promise. They have followed proper rules in research. The Independent Monitoring Committee has evaluated it. Although fluvaxamine is readily available, it has been criticized.

When will it come on the market?

Last Thursday, for the first time in the treatment of a person suffering from corona, the use of ‘Malnupiravir’ pills was approved by the UK Drug Control Agency. Malnupiravi pills should be applied twice a day in high risk patients with corona.

UK Health Minister Sajid Javid said the treatment was a breakthrough for people with weakened immune systems. “Today is a historic day for our country,” he said in a statement. The United Kingdom is now the first country in the world to allow the use of an antiviral drug to treat covidosis.

The UK drug regulator MHRA says the drug is approved for people with mild to moderate coronary heart disease and at least one risk factor for complications such as obesity, old age, diabetes or heart disease.

Health authorities in the United States and the European Union (EU) are also urgently reviewing the drug. The European Medicines Agency said Thursday it would review the matter quickly. However, they did not specify the time.

Several countries have already ordered ‘Malnupiravir’ pills. The United States tops the list. The country has ordered 1.7 million course pills in the first phase. Pills cost মার্কিন 600 for a five-day course.
The price of Pfizer’s Paxlovid pill is not yet known. However, they have promised to provide medicines at affordable prices.

You can choose to read this site.

Top 9 health Tips To Get Yourself Fit And Healthy

Covid: WHO says it is very worried about Europe surge