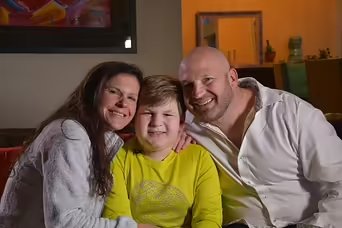 According to a well-known proverb, “Great Things Take Time,” one must be patient for success. They most certainly do. When joined together, all of life’s events have the power to reveal their ultimate meaning. However, not everyone is aware of the appropriate times to act. Modern society has developed an unhealthy preoccupation with the passing of the days, months, and years; nevertheless, in the process of giving the great things value, the little moments slip our minds. We tend to forget that the most important decisions may be made in the most mundane situations. There is a clear barrier between where we are right now and where we shall be in the next instant, and that limit is called time. If you make the correct decision at the right moment with the right stuff, you will get the greatest outcomes at the best time. With this approach in mind, Zachary Green made his way from a veteran to a successful entrepreneur. He had this objective in his mind that the moment he was living in would determine the moment that he would live after several years. His journey throughout the path of his life tells us that taking a risk may repay you with a chance of becoming the risk.

Answer Sometimes Lies in the Question

The path to becoming an entrepreneur is sometimes a perilous one that is fraught with unanticipated twists, hurdles, and dead ends. There are many sleepless nights, ideas that don’t work out, finance that doesn’t come through, and clients that never materialize. But in the end, it’s all worth it. When you consider how difficult it may be to start a company, you might find yourself asking why anybody would knowingly want to go down such a route. Zachary Green, a Wyoming city councilman, a veteran of the United States Marine Corps, and a firefighter, found his way to entrepreneurship after raising one million dollars in venture capital funding for MN8 LumAware, a Cincinnati company that primarily produces photoluminescent safety products. Zachary is yet another example of a person who came from a totally different profession yet was able to not only establish a company but also build it in a sustainable manner. Although beginning a business is not an easy task, Zachary was able to do it. Even though many firms were forced to close their doors as a result of the pandemic, Green’s MN8 was able to keep operating normally and instead started manufacturing COVID-19 protection gear.

Effort Is an Indicator of Interest

In spite of these challenges, every year, millions of individuals decide to begin on the path of entrepreneurship with the goal of bringing their idea to reality and satisfying a want that they see in the wider community. They may create traditional brick-and-mortar enterprises, begin new technology companies, or take a concept and develop it into a new product or service. You, too, have the potential to be a great entrepreneur if you have the correct motivation, inspiration, and game plan. Zachary has been very successful both within and outside of the military, and as a result, he has been awarded a number of commendations and decorations throughout the course of his life. The fact that he has started and is still actively managing many successful businesses is what elevates him to the ranks of the most inspirational business leaders.

Continue Reading
Can a veteran become a successful entrepreneur?
33
Share

How To Choose The Best Bitcoin CFD Broker?