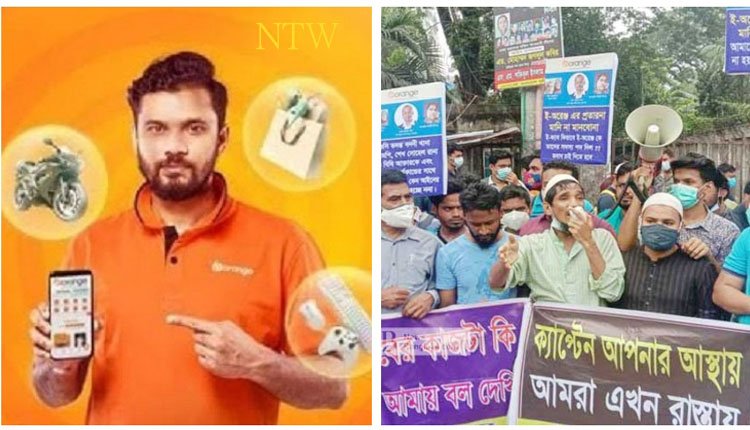 Customers of e-commerce platform e-Orange have set a deadline of September 20 to demand refunds for motorcycles or equivalent. In the meantime, if no proper decision is taken to return the money and deliver the goods to the customers, all the customers will go on hunger strike in the streets and the former brand ambassador of the company will besiege the house of former Bangladesh national cricket team captain Mashrafe bin Mortuza.

At that time, they said, our backs were against the wall. The dam of patience is broken. We will respect the law and see what they decide by September 20. If no decision is made within this period, we will go on a hunger strike.

Customers said Mashrafe’s brother was a brand ambassador for e-Orange. Seeing him join the company, we invested money and sat on the road today. We want the goods or money back quickly, otherwise we will besiege Mashrafe Bhai’s house.

They also said that since the arrival of cricketer Mashrafe Bhai as the brand ambassador of this organization, the order of this organization has increased 10 times. Now, he says, his contract with him expired in July. As you can see, the bikes have not been delivered since May after he signed the contract. Then that dayatuku is his.

“Each of us has invested millions of rupees,” said Fahim, a customer. It is unknown at this time what he will do after leaving the post. I am an avid customer of e-Orange. E-Orange.shop is cheating customers by not offering products with the money of millions of customers. ‘

The warning came from a protest rally organized by e-Orange customers in front of the National Press Club on Friday (August 26th). At the rally, customers said that e-Orange did not even deliver our bikes in the last few times. Currently their office is closed, customer care is closed. Their CEO says the company has sold out. He is not coming before us. It is unknown at this time what he will do after leaving the post. They were supposed to be delivered from the last 16th. But at 11 am on that day, they said that they will make the normal delivery from the 19th and it will take another 45 days for the delivery of the bikes. Where they are supposed to be delivered within 45 days, it is already 4 months. They want more time there. The reason seems to be that they are not getting the stock.

Biden in the face of the force words