Biden in the face of the force words 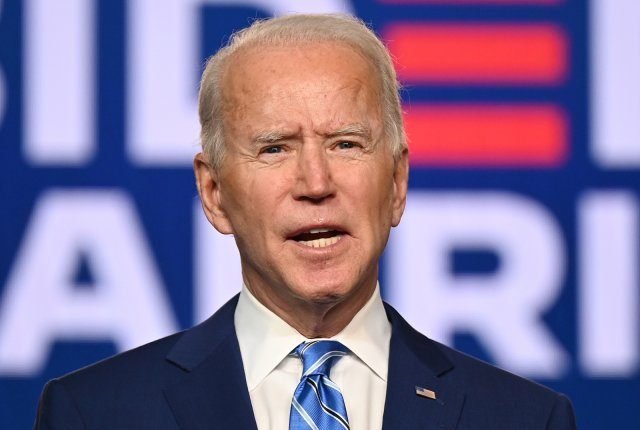 US President Joe Biden has come under fire in the wake of the fall of a pro-US government in Afghanistan to the Taliban.

Biden came to power last January with the identity of an experienced and skilled politician. Sitting in power, he said, the United States is back on the world stage.

After Biden’s announcement, there is an expectation everywhere that the United States will once again stand tall in the world court with dignity and strength.

But the fall of the Afghan government to the Taliban on Sunday has raised serious questions about Biden’s image as a skilled politician. The evacuation of US embassy staff and civilians from Kabul reminds many of the tragic aftermath of the Vietnam War.

As a result, Biden is being sharply criticized in the US media, including Democrat and Republican politicians. The United States considers the withdrawal of the United States from Afghanistan to be shameful.

Biden has been blamed for failing to carry out a planned withdrawal, according to US media reports.

The extremely chaotic situation before and after the fall of Kabul has become embarrassing for the Biden administration. The Americans have been particularly hurt by the sight of the Taliban evacuating US embassy staff by helicopter in the face of an attack on Kabul.

An analysis of the US media says that this is due to the hasty decision to withdraw US troops from Afghanistan without proper planning.

The failure of US intelligence is also coming to the fore. U.S. intelligence says Kabul could be isolated in 30 days. And fall in 90 days. But this assessment of the detectives has been proven completely wrong.
President Biden is vacationing at Camp David. Key officials in his administration struggled to keep up with the fall of the US-backed government in Afghanistan.

U.S. Secretary of State Anthony Blinken, Secretary of Defense Lloyd Austin and Chairman of the Joint Chiefs of Staff Mark Milleke have had to deal with others, including the media. They held an emergency meeting with President Biden via video conference. After the meeting, lawmakers in Washington were briefed on the incident.

Political analyst Brian Klaus said the White House had no clear idea of ​​the situation in Afghanistan. The people of the Biden administration cannot claim for themselves that the last days of the US position in Afghanistan have been well-executed.

In recent months, Biden administration officials have insisted that the Taliban cannot easily occupy Afghanistan. It was also said that the Afghan forces, trained by the US forces and equipped with the US military equipment, would be able to build a strong resistance. But in reality, the Afghan army has failed to put up any effective resistance. Rather, many have joined the Taliban. Many have already fled.

The decision to withdraw US troops from Afghanistan is not right or wrong না without going into the debate, some analysts say that the Biden administration’s plan to implement it created a situation in Lezgo.

Democrat Seth Moulton, a member of the House of Representatives, said there was no time to question whether there would be US troops in Afghanistan. Rather, the question now is how the United States will deal with the current situation.

The chaotic end to the unpopular Afghan war for Americans is expected to be a political burden for President Biden.

However, Biden has sought to impose sanctions on his predecessor, President Donald Trump. In a statement issued Saturday, Biden said the United States had retained only 2,500 troops in Afghanistan and the rest had been withdrawn under Trump. Trump agreed to withdraw all US troops from Afghanistan by May 1.

Top 9 health Tips To Get Yourself Fit And Healthy